Why there's an 'irrational negative bias' against gold 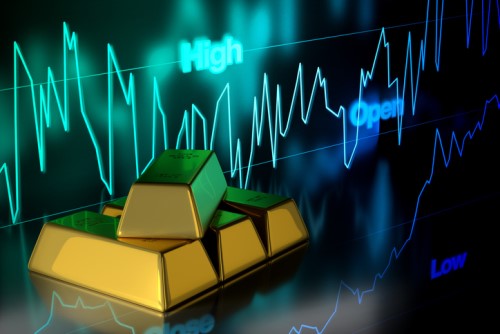 A campaign of disinformation about gold by Wall Street and the central banks has created an “irrational negative bias” against the asset class, according to the president and CEO of BMG Group Inc.

Nick Barisheff, a well-known advocate of precious metals, believes pension funds and advisors have nowhere near enough gold in their portfolios. He told WP that investors are standing on the “edge of a cliff” and that, rather than stay invested, allocating to gold allows you to take a step back and wait it out until prices become attractive again.

Barisheff said there are, essentially, only two major pension funds in the world that have exposure to gold – Texas Teachers and the Amsterdam Pension Fund. Unifor invested with BMG last year – a “step in the right direction” – but he believes there is scope for many more to come onboard.

He also expressed bewilderment that many smaller pension funds don’t even have any real estate in their portfolio and just rely on stocks and bonds. In 2018, the average global pension fund that had a 60-40 allocation lost 5%. “I find that utterly amazing," Barisheff told WP. "How can you lose 5% during the biggest bull market in history?”

“We’re going contrarian because the common philosophy is to always stay invested. I beg to differ. When you’re on the precipice, on the edge of a cliff, that’s not when you stay invested. What's the upside potential, 5% maybe 10%, although that’s hard to imagine. What’s the downside? A 50-70% loss?

“Step aside for the moment and then repurchase when things are at a bottom, at 50% off, and you'll see huge improvement in returns. To really improve it, you wait it out in gold because gold goes up while everything else declines and then you reallocate from gold into REITs, stocks, bonds and silver.”

With many telling investors to stay in the market and ride out the storm, Barisheff is advising people to take some cover. Why does he think we are on the edge of disaster when plenty of his peers are worried about missing upside and preaching that this bull market still has plenty of runway.

“This is the first time since I've been in the business that we've got simultaneous bubble in equities, bonds and real estate. It doesn't matter which one pops first, when it does the other two will pop with it.

“It’s just a question of time – the markets have been held up artificially because of central banks flooding them with paper currencies. When that happens, then you have an enormous opportunity to buy low, sell high, but nobody does it, everybody buys high and sells low.

“To buy low and sell high, you’ve got to go against the mainstream thinking. To do that, you need to study the markets and understand what you're doing.”

Barisheff is also the author of $10,000 Gold: Why Gold’s Inevitable Rise Is the Investor’s Safe Haven and joked that he constantly gets asked whether he still thinks this is the case. The price of gold currently stands at $1,499.52 an ounce and he sees no reason to doubt that the price will head north.

If anything, Barisheff said the reasons that were prevalent five years ago when he wrote the book have only got worse. He said the debt has climbed “astronomically” and, given that the price of gold and the US dollar has been largely correlated over the years, the US debt isn’t about to decline. Then there’s the $15 trillion of negative interest debt and how, typically, gold goes up when the real interest rate is negative.

“Without predicting financial collapse and Armageddon and all the rest of it, on a normal day you [should] hold between 10 and 20% in gold because it reduces the portfolio volatility and improves returns. It's that simple. The reason it reduces volatility is because gold is the most negatively correlated asset. So when stocks and bonds are going up, gold is going down and vice versa.”