Why it's better to own volatility than short it 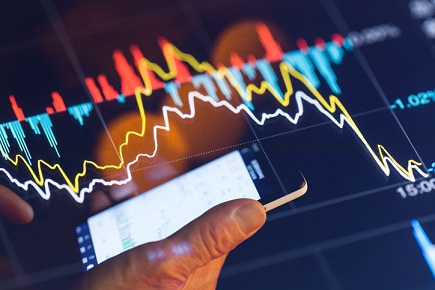 A disconnect between implied volatility, via the VIX, and economic policy uncertainty has created an attractive spread and opportunity for profit, according to a portfolio manager.

Michael White, a Multi Asset Strategies PM with Picton Mahoney, told WP the stage has been set by what was actually quite a defensive rebound from the “violent” downside experienced in Q4. Despite many of the leading indicators pointing to a slowdown, with markets pricing in some degree of recession probability or actual implied liquidity through the VIX, volatility remains fairly muted.

Only a fool would say that because markets are up a certain percentage over a certain amount of time we are due a correction, White said. However, he said VIX has being low relative to the Economic Policy Uncertainty Index, which tracks three underlying methodology components.

The first quantifies newspaper coverage of policy-related economic uncertainty, the second reflects the number of federal tax code provisions set to expire in future years, and the third uses disagreement among economic forecasters as a proxy for uncertainty.

The two indexes tracked each other closely for many years until 2016-16, when there was a separation. White told WP that there seems to be a constituency in the market place to make money by shorting volatility but he questioned why you would do the opposite of buying insurance when at some point, markets do crazy things.

He explained: “The opportunity is actually fairly simply and mathematic. The VIX prices implied volatility; the level of fear, if you will, that market participants are pricing in and are willing to pay for as protection.

“More times than not, the realized volatility in the market place actually runs substantially lower than what's implied by the VIX. So there is an opportunity to short the VIX and effectively profit from that spread between what's implied and what’s realized.”

Those that put great weight behind a strategy that shorts volatility may have also have short memories. The market place was awash with products like this in 2017 because the environment was so benign. When the vol hit the fan, so to speak, many of these products blew up overnight. XIV caught the headlines, with the Credit Suisse ETF losing 80-90% of its market value in two days.

Volatility is volatile, naturally, so when the spike happens investors are left playing catch-up to cover that short. This, in turn, contributes to the volatility.

White said: “A lot of these products we believe are flawed by architecture. They rely on the trend and volatility going lower and lower and lower. When we observed that picture of policy uncertainty, we think that there's a miss-pricing in the market that volatility should be priced higher, and that presents an opportunity.”

Owning volatility is a more prudent strategy than shorting it. White added: “People utilize the VIX to protect downside risk, but VIX just prices volatility and, as we all know, volatility cuts both ways.

“You can actually use cheap volatility to hedge upside risks as well, if you believe that this rally continues and there's some probability that leading indicators are bottoming and perhaps we get some extension of this cycle. We believe that this upside continues.”

Buying calls, a cheaper way of reflecting a positive view on stocks without committing a lot of capital, is another avenue.

Overall, the carnage inflicted by the Financial Crisis has been conveniently forgotten by the markets, according to White, who remembers speaking with advisors and clients across the country in the lead-up.

He was presenting statistics about how, at one point in the year, it had become one of the lowest experienced volatility regimes in 80-plus years. Most were unaware and saw only a trending market.

“What they didn't see was the plumbing of that market; there was a real sense of benign neglect for respecting where volatility may lurk. Not only were people unaware how much of a free pass it was at the time, but I think that context is now totally lost and possibly for many of the right reasons, because we're living in an environment without a certain degree of headline and policy risk.”