Why gold will grow now and defend later 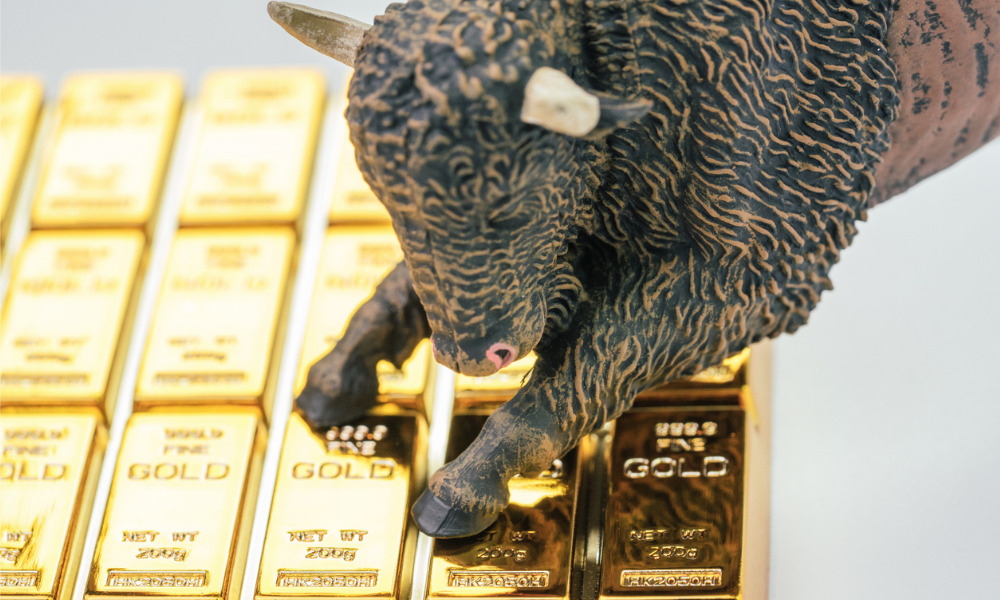 Kovacs says that many investors have seen this logic for some time. Around 2018 a consensus arose that we were late in the economic cycle and some kind of market correction was imminent. That’s when Harvest launched their own gold fund, the Harvest Global Gold Giants ETF (HGGG). Though they didn’t predict the coronavirus would spark this correction, they were already looking to gold’s potential as a defensive asset class, even as the bull market kept on rolling.

The past 20 months have seen significant inflows into gold and gold ETFs for that reason: the looming possibility of a correction. Now the correction has come, there’s an argument that older investors who might not live to see their portfolios recover if they simply hold steady, should redeploy some capital into gold to recoup some of their losses.

“I think older investors or retired investors can comfortably allocate to a gold position,” Kovacs said. “I don't know if they should be going all in, but I think it's just wise to do. As a company, we're constructive on gold and we think we're going to see gold go over $2,000 an ounce in the next 12 to 18 months.”

Kovacs insisted, though, that despite the upside he sees, investors shouldn’t aim for more than a 10 per cent allocation to gold. He also thinks gold ETFs can prove a sensible investment as the price of gold rises. Many gold ETFs were built during the bull market, investing in gold producers who were profitable despite the relatively low price of gold. Now as gold reaches new heights, the rise in prices translates directly into an improved bottom line for those companies and stronger performance for these funds.

Currency devaluation and skyrocketing government debt may be some of the long-term economic impacts of the current crisis. In those situations, Kovacs thinks gold still holds well as a physically scarce asset that won’t lose value as the greenback depreciates.