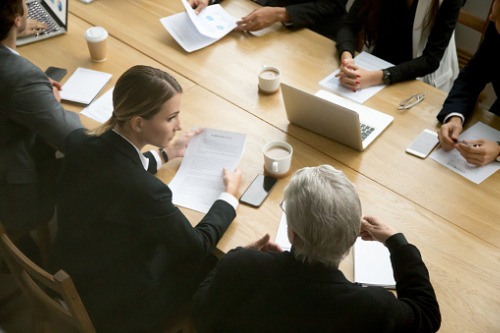 As President Donald Trump throws a tantrum over an impeachment inquiry and his Canadian counterpart Justin Trudeau gives himself a history lesson in “blackface”, the U.K. is also hurtling towards its own day of reckoning.

Prime Minister Boris Johnson has stitched today a last-minute proposal to navigate the Irish backstop impasse as he attempts – or at least pretends to – secure a Brexit agreement that’s palatable for both his own parliament and the E.U.

So what? What does that have to do with my Canadian equities or FAANG exposure? Probably very little but amid the doom and gloom of a hard Brexit scenario, a chief investment strategist said there are robust UK-based firms that are set to outperform.

With Johnson’s new offer roundly rejected by both the Republic of Ireland and the E.U. yesterday, the prospect of a hard Brexit on the October 31 deadline looks odds-on favorite.

Leon Wilfan, of Lahardan Financial, agreed that this has worrying ramifications for the U.K. economy, with growth rates already extremely low and a no-deal exit only likely to make things worse. According to the Organization for Economic Co-operation and Development (OECD), a hard Brexit could reduce U.K. economic growth by 3% over the next three years and tip the U.K. into a recession in 2020.

He said, however, that a number of U.K. companies are positioned to outperform in this scenario.

“Many companies in the U.K.’s FTSE 100 index are large multinationals that generate significant proportions of their earnings internationally. These companies could see their profits increase if the pound falls in value as a result of a no-deal scenario … as most believe it will.”

He picked out two stocks, in particular, that he recommends in the event U.K. and the E.U. fail to reach an agreement in time.

Diageo (DEO)
“Alcoholic drinks-maker Diageo owns a world-class portfolio of spirit brands including Johnnie Walker, Smirnoff, Tanqueray, and Baileys. Diageo’s products are relatively recession-proof. People drink alcohol in both good times and bad. If the U.K. does go into recession, Diageo should be protected.

“In addition, the company sells its products in 180 countries, generating a substantial percentage of its sales outside the U.K. Not only does it have strong exposure to the United States (35% of sales in FY2019), but it also has significant exposure to the world’s emerging markets. Diageo’s bottom line should get a boost if the pound loses value.

“It’s also worth noting that Diageo checks a lot of boxes from a quality-investing perspective, meaning it could provide an element of protection in a volatile market. For example, return on equity (ROE) is high, averaging 29.9% over the past three years, and cash flow is robust. The company also has a brilliant dividend-growth track record, having registered 21 consecutive dividend increases in pound terms.

“Diageo shares currently trade on a forward-looking P/E ratio of 23, which some investors might see as a little expensive. However, when you consider the company’s track record, its recession-proof nature, and its quality attributes, the valuation seems fair. As Warren Buffett said: “It’s far better to buy a wonderful company at a fair price, than a fair company at a wonderful price.”

Reckitt Benckiser (RBGLY)
“Consumer goods company Reckitt Benckiser owns a powerful portfolio of health and hygiene brands, including Nurofen, Dettol, and Mucinex, and its products are sold in nearly 200 countries.

“The nature of Reckitt Benckiser’s products makes it a very recession-proof operation. Its health and hygiene products are trusted by millions of people around the world, and demand for these products is unlikely to wane in the event of an economic downturn. People generally still buy painkillers, cough medication, and cleaning products during a recession.

“Reckitt Benckiser also generates a substantial proportion of its sales outside the U.K., meaning, again, that if the pound weakens in the months ahead, the company’s profits should enjoy a boost. Moreover, with around 40% of sales coming from emerging markets, the company looks well placed to grow its profits over the long term, as wealth across the world’s developing economies rises.

“Like Diageo, Reckitt Benckiser is a high-quality company. With an average ROE of 18.6% over the last three years, an excellent dividend-growth track record, and a strong economic moat as a result of its powerful brands, Reckitt is the type of company we value investors look for.

“Right now, Reckitt Benckiser shares can be picked up on a forward-looking P/E ratio of around 18.7. Given that rivals Procter & Gamble and Unilever currently trade on multiples of 25.5 and 21.7, respectively, that valuation looks attractive.”