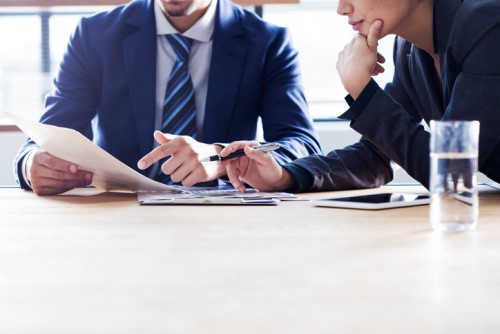 Monday November 18
Our week began with some social media insights from independent advisor Rob Tétrault. The Winnipeg-based advisor told WP all about a social media strategy that’s become a keystone of his prospecting. He said that any advisor looking to move onto social media platforms needs to commit, persevere, produce, and post regularly. It also helps to have an amenable compliance department.

The Alberta Securities Commission fined the instigators of a Ponzi scheme $2.75 million. The offenders had taken in about $4.3 million to pay other investors, while diverting money for personal use. The panel called the main offender a “seemingly unrepentant recidivist.”

Also on the fraud front, we heard the story of Ron McLeod, a retired lawyer now suing his wealth manager for allegedly failing to protect him from a fraudulent real estate deal. He’s moved the rest of his assets to a different manager.

Tuesday November 19
There’s a new kid in town. The Financial Planning Association of Canada (FPAC) was launched today, to address what it sees as “a deficiency of standard” in the profession. Jason Pereira, FPAC president, told WP how the association came about, and why he thinks a new membership body is needed right now.

We had more news on the regulatory front, too, as the OSC announced its plan to reduce the regulatory burden on those doing business in Ontario’s capital markets. The initiative was welcomed by industry associations and focused especially on small and medium sized businesses.

WP got a little preview, too, of the upcoming ETF Global Insights Summit at the St. Regis in Toronto. The event promises a stellar line-up of speakers, tackling topics like regulatory changes and how to bust the myths that still dog the industry.

Wednesday November 20
ETF insights were the talk of WP today. Erika Toth of BMO shared her six picks for snowbirds, ETFs that carry the benefits of US dollar units, without exposing Canadians spending the winter in Florida to US tax liability.

Daniel Straus of National Bank dove deep into cash ETFs, answering our questions about whether the asset class is a safe source of ballast given the risks in today’s bond market. For the conservative and risk-averse investor, Straus thinks cash ETFs merit consideration.

As a part of our Women in Wealth Management series, Jennifer Radman shared her disappointment in what she sees as an ongoing gender gap in the finance industry. She’s calling for firms to publish employee numbers and pay statistics to tackle the discrepancies head on.

We also got word from Alberta, where a thirty-year veteran advisor was handed a ten year ban for continuing to give advice after she’d been terminated by her firm and her registration was cancelled.

Thursday November 21
A cautionary tale hit the newswires today, when an asset manager was fined more than $3 million for ‘closet tracking.’ The firm had shifted two of its key funds from active to passive management but failed to tell its investors for five years. The firm collected more than $3 million worth of fees from the mom and pop investors between 2011 and 2016.

We also got a little dose of inspiration today, from Cobourg-based advisor Don Emond who shared the tenets of his ‘shrink to grow’ approach that’s allowed him to grow his book without sacrificing capacity.

Kevin McCreadie of AGF Management doesn’t think a 60-40 split is going to do it for investors anymore. He’s of the opinion that alternatives, a loose term for a huge space, are going to provide the third balance that every modern portfolio needs. He sees volatile months ahead, and alternatives as a way to diversify enough to weather the storm.

Friday November 22
Ambition dominated the news at WP today. We heard from Ron Haik about Nicola’s ambitious goal of hitting $3bn AUM in Toronto within five years. They’re expanding their office and hiring about 25 advisors to meet that goal.

Ambition got the better of some, too. We heard of a two-year ban and $20,000 fine handed to a Richmond Hill advisor who inflated a client’s assets to facilitate a leveraged investment strategy. We also heard news from the downfall of BC crypto trader Einstein Exchange. The BCSC’s interim received found a mountain of debt on the firm’s books, and nowhere near enough cash and crypto to pay it off.