The week that was December 2-6 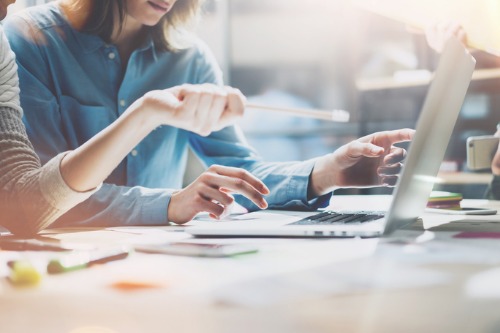 The first business day of December got off to a raring start with Horizons ETFs decision to cut fees on three key ETFs by 45 percent. The move reflects Horizons’ strategy under Steve Hawkins, offering cheaper products than BMO and BlackRock.

Another voice from Horizons, Hans Albrecht, talked tech and shared his idea of where “Industry 4.0” will go. The rise of sophisticated robotics is going to change the game, and the investment climate, all over again.

Manulife introduced a new term to the pages of WP, too: strategic beta. This strategic approach uses index-based strategies but delivers outcomes that differ somehow from a traditional index. It’s the ‘have your cake and eat it too’ of the ETF space.

Wealthsimple, too, announced it would be changing more fundamentally. It plans to separate its advisor-facing platform away from Wealthsimple into a wholly new business.

Grant White, a PM/advisor with Endeavour Wealth Management shared his first new column with WP. He shared a broad industry philosophy and made a call to advisors to earn the trust of their clients.

We also featured some insights into MICs – an alternative investment option tied to Canadian housing while mitigating some of the risks that come with investing in that space.

It’s decision day from the bank of Canada and, once again, that decision has been to hold steady. Steven Poloz, on the back of a Canadian economy performing exactly as expected, is maintaining his “wait and see” approach.

Industry terminology is entering a new phase, regulations around the terms “financial planner” and “financial advisor” seem to be becoming the new norm. Saskatchewan has just introduced an act aimed at defining the terms, which was welcomed by FP Canada.

RBC experienced its first quarterly profit decline in almost two years. The rare poor performance for the bank was driven by a decline at RBC Capital Markets, despite gains in consumer banking and wealth.

We’ve also opened nominations for the 6th annual Wealth Professional Awards. This isn’t going to be one to miss.

The Bank of Canada’s decision to hold rates steady should send advisors a clear message, according to one leading analyst. Sean Coakley spoke with WP to tell us why the central bank isn’t going to give any tailwinds to investors or advisors anytime soon.

AGF shared its wider insights today, through its 2020 outlook report. AGF CEO Kevin McCreadie told WP about how the ongoing trade war will set the tone for the next year.

An advisor was handed a lifetime ban by the MFDA after he was found borrowing money from elderly clients and working as a telemarketer without his firm’s approval.

A Canadian rising star at BlackRock, Mark Wiseman, was fired today after violating his company’s relationship policy. It’s a stunning turn for the former head of the CPP Investment Board, who was considered in the running for the BlackRock CEO job.

The Bank of Canada couldn’t stay out of the news this week. Stephen Poloz, the bank’s governor, announced today that he wouldn’t seek a second term and would therefore step down in June. The central bank is already looking for his successor.

FP Canada has had a landmark year, rebranding, launching a new certification, and pushing for greater regulation of terminology in the wealth management industry. Cary List, FP’s President and CEO, reflected on the past year and the year to come with WP.

With a lot of noise around cautious investments right now, WP got a slightly different take from HSBC Global Asset Management’s chief strategist Joseph Little. He thinks that cautious investors going to cash in 2019 actually lost out.