The growing promise from affluent individuals 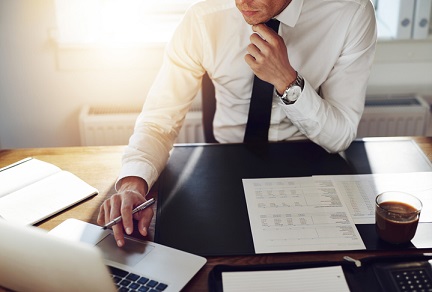 As the wealth management industry becomes increasingly competitive, firms looking for sources of growth are increasingly considering the merits of niche specialization. And according to a recently released report, they may find one of the largest areas for potential expansion in a sorely overlooked group: the affluent segment.

In its report titled Global Wealth 2019: Reigniting Radical Growth, Boston Consulting Group (BCG) noted that the affluent segment — those with wealth between US$250,000 and US$1 million —consists of 76 million individuals worldwide. That cohort is projected to grow at an above-average CAGR of 6.2% over the next five years; the forecast is slightly rosier for North America at 6.5% CAGR.

Aside from overly simplistic offers from retail banks, affluent clients have also had to contend with overpriced services from brand-name firms, and ill-fitting product recommendations from various wealth-management providers. Some asset managers’ efforts to serve that cohort have involved buying and deploying robo-advisors, though the approach has had limited success; brokerage firms, on the other hand, have largely fallen short with an excessive focus on short-term trading and not enough on long-term wealth creation.

Trust has also been an issue; while regulators around the world have put in place numerous consumer-protection measures, wealth managers have typically responded not by aligning their models with customers’ needs or digitizing processes to embed new protections. Instead, many firms have continued to “rely on manual input and paperwork-heavy steps that add time, cost, and error to their processes.”

Inadequate client segmentation also add to the challenges of some wealth managers, the report said. While the needs of retirees, new high earners, real estate earners, and rural and urban dwellers vary wildly, these segments tend to get lumped into a single umbrella. The generic pitch delivered, prescribing a “long-term globally diversified portfolio varied by risk score,” does not fit all.

Incentive structures at wealth firms are another hurdle. While affluent retirees are concerned about having enough money to live on as they age, for instance, compensation structures have tended to reward AUM growth — a poor fit for clients who need more conservative financial strategies. On the other hand, new high earners may be open to more risk exposure, even with greater near-term volatility of returns.

“It’s not unusual for affluent individuals to receive recommendations for products that end up being a poor fit for their financial and investment needs,” BCG said. “Fee structures that prioritize sales over positive client outcomes contribute to this flawed situation.”

For wealth managers to succeed at wooing the affluent market, the report recommended three major steps: