The day that was 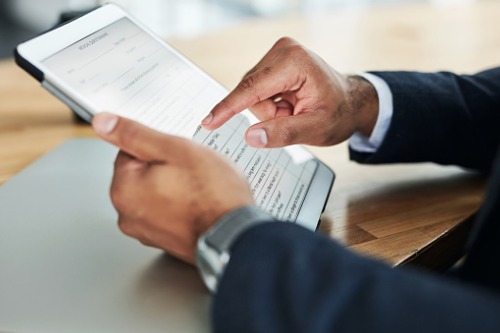 WP learned today that former NHL pro Jason Garrison is suing his Vancouver-based financial advisors. He alleges they oversold him expensive life insurance policies, against his request for a cautious, savings-focused financial plan. The news raises some questions about how advisors can talk to risk-averse clients, and how to work sustainably with sudden wealth.

We got some market insights from Greg Taylor of Purpose Investments, who told WP that he expects markets will end the year in a generally positive position. The big turnaround from last-year’s December selloff is the Fed, which Taylor thinks has turned dovish and market friendly in the past 12 months.

Mike Archibald of AGF also thinks there’s likely to be a “Santa Claus rally” at the end of the year. It’s one of the reasons he’s not as concerned as some about a looming recession. He still thinks a downturn on the aging bull market is coming, but at least in the near-term AGF isn’t saying that it’s time to batten down the hatches.

Business headlines all over Canada today told the story of Canada Goose. The iconic jacket manufacturer saw its shares tumble by almost 8 percent on the back of poor Q3 sales numbers. The decision to open a flagship store in Hong Kong last year proved unwise, at least in the short term, as continued unrest hurt sales.

At WP we learned some of Chad Larson’s secrets, asking him how he built an independent practice with $735 million AUM. His strategy blends humility and drive to attract high net worth clients, showing them he has a “ruthless dedication” to improvement and education.

Sophie Gilbert and Russell Investments provided an industry-wide insight for advisors: talk about value with clients, not fees. The team at Russell has crunched the numbers to show an advisor is worth so much more than their 1% fee, while Gilbert stressed to WP that communicating value to clients is all about the language you use.

The MFDA handed down another fine, too, after an ex-advisor admitted to using 110 pre-signed account forms. The MFDA used the hearing to remind advisors how they need to discuss investment options with clients.

Bryce Sanders of Perceptive Business Solutions Inc. shared his insights into how little innocuous questions present an opportunity for a smart advisor. He told WP all about how to deal with that ubiquitous cocktail party inquiry: “how’s business?”

With the growing number of children asking for help from ‘the bank of mom and dad,’ WP sat down with Jennifer Muench of BMO private wealth to ask, ‘how much is too much to give to your kids?’ She shared her thoughts on an advisor’s role during these difficult conversations, where a client’s heart says one thing, and their portfolio says another.

We also saw a young advisor, and WP award nominee, win The Knowledge Bureau’s Distinguished New Advisor award, only five years after entering the industry. At the same time, news broke of a group of former footballers suing their financial advisor for involving them in a tax-avoidance scheme in the ‘90s.

WP started the week with a feature on Tyler Mordy, who has just returned from an information-seeking trip to China and believes that the country is at a crucial inflection point. The Forstrong CIO shared wide-ranging insights, from the hustle in Chinese working culture to the government’s transactional approach to Trump.

We also took a look at risks affecting the bond market and why price dislocations are an opportunity for active managers.  Meanwhile, a recently released report from Capital Group highlighted the tricks for global investing in an era when US indexes seem to outperform the rest of the world. We distilled the three key takeaways here for you.