Should Canadian retirees have the option to not touch their RRIFs 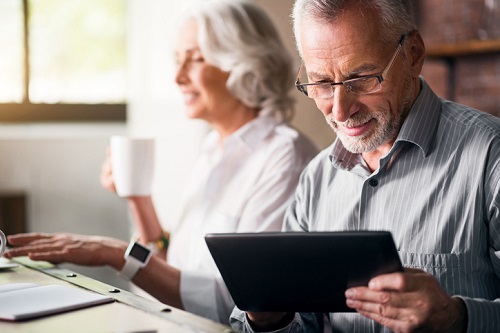 For many retirement planners, the imposition of mandatory minimum withdrawals from RRIFs once a client turns 72 represents a major inconvenience, especially as they attempt to balance their client’s need to avoid a short-term tax hit against a host of other planning considerations.

The government has introduced some measures to ease that difficulty, including a reduction in the minimum withdrawal amount instituted in 2015 and a new advanced life deferred annuity that can be used under certain registered plans. But in the view of Ted Rechtshaffen, president and wealth adviser at TriDelta Financial, it may be worth considering a more radical step.

“My view is that the government should stop tiptoeing around and just eliminate the minimum withdrawal altogether,” Rechtshaffen said in a piece published by The Financial Post.

Attributing the idea to a colleague, he said that federal and provincial governments would benefit from the change. By allowing seniors to draw out as little or as much as they wanted from their RRIFs each year, the government would increase the possibility of someone accumulating a sizeable balance in their RRIF — and that amount gets taxed when the person dies or when their surviving spouse dies.

If they instead took out nothing for 18 years, but amassed $540,000 in RRIF assets upon death because of growth and tax sheltering, they would be taxed at an average rate of 46.53% (assuming they had no other income), with 60% of the amount taxed at 53.5%. Based on the average rate, the tax bill would be $251,262, Rechtshaffen said.

“Looking at this from the government’s side, it benefits from a potentially much higher amount of tax collection and gets a big political win from seniors who would appreciate the freedom and flexibility on their RRIF assets,” he said, emphasizing that there would be a short-term trade-off of lower tax collected in the short term and a little more paid out in OAS to those who currently face possible clawbacks because their income is too high.

But a report from the former Human Resources Development Canada has shown that just roughly 5% of seniors suffer clawbacks today, and only 2% lose their entire OAS payout due to excessive income.

“It is not often that a new rule can be implemented that would be cheered by the electorate and likely lead to higher taxes in the long run,” he said. “Eliminating RRIF withdrawals minimums could be one of those rare cases.”