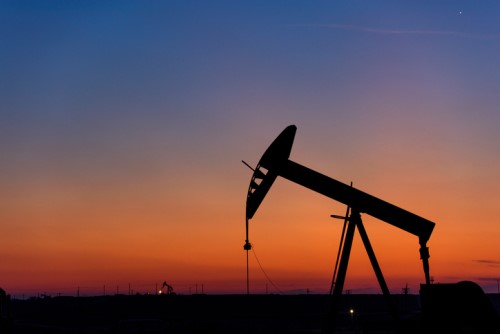 Brent futures slumped 8.7% since the end of June after a brief spike earlier this month due to drone strikes on the Abqaiq processing facility and Khurais oil field. Despite some skepticism from the market, Saudi Aramco has already returned to producing more than 9.9 million barrels a day of crude, and this quicker than expected timeline coupled with the subsequent sell off in prices has underscored investors’ focus on weakening oil demand from slower economic growth and the U.S.-China trade war.

“Oil supply remains quite adequate and the U.S. has a lot of oil,” said Phil Streible, senior market strategist at R.J. O’Brien & Associates. “The economic picture might be weakening a bit, so demand is softening with that.”

Political tensions have abated somewhat since the September 14 strike on Saudi Arabia as the parties involved take a cautious approach. The kingdom’s Crown Prince Mohammed Bin Salman warned that war between his country and Iran would bring a “total collapse of the global economy” and should be avoided. He added he prefers non-military pressure to stymie Iranian ambitions. The U.S. and Saudi Arabia have blamed Iran for the attacks, though the Persian Gulf nation denies it.

Meanwhile, Saudi Arabia has agreed to a limited cease-fire in several areas of Yemen including the capital Sana’a, which is controlled by Iran-backed Houthi rebels, a Yemeni government official said last week, further easing tensions in the region.

Brent for November settlement, which expired Monday, fell $1.13 to $60.78 a barrel on the London-based ICE Futures Europe Exchange. Prices are up 0.6% this month. The more-active December contract was down $1.79 to $59.25. The global benchmark crude traded at a premium of $6.71 to West Texas Intermediate.

The oil market has also been driven by the prolonged clash between Washington and Beijing over trade, and the knock-on effects on economic growth. The world’s two largest economies will head into another round of high-level trade talks following China’s week-long national holidays starting October 1.

Investors are also looking ahead to weekly inventory data tomorrow, which could help bolster the lagging prices.

“We are looking for a turnaround Tuesday,” said Phil Flynn, senior market analyst at Price Futures Group, citing expectations for a bullish crude inventory draw. “But the report that Saudi Arabia is back at full capacity is kind of the negative hangover today.”