No denying the future belongs to hybrid advice, finds research 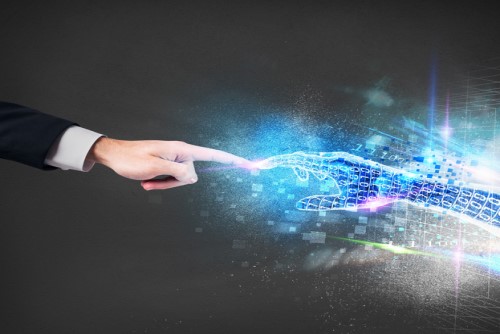 Some robo platforms and human advisors may be inclined to occupy different bands of the client spectrum, with robos serving up commoditized, algorithm-driven recommendations on one hand and flesh-and-blood advisors offering more personalized guidance and coaching on the other. But according to one consultancy firm, tech platforms and individual advisors or broker dealers are better off pursuing partnerships.

In an interview with ThinkAdvisor, Jen Butler, a senior analyst at US-based Corporate Insight, explained that the industry is approaching a “level of parity” that makes competing difficult for individual advisors. With options running out, the only choices left for many are to either engage with a tech platform — whether it’s a start-up robo-advisor that white-labels its offerings or a broader platform service — or to “compete on price, which is continually compressing.”

Referring to company findings from as a survey of over 1,000 digital advice customers, Butler said that many robo websites fall short of expectations in areas like goal planning and education. One challenge in the way of that, she said, is the need for firms to find ways to get people engaged in the advice process, but also avoid too much engagement that could drive investors to pull out their assets during times of market volatility.

Some startup robos, Butler noted, have begun to follow a “freemium” business model. In one case, that involves a “robust” aggregation-based analysis tool that connects to held-away assets and probes for any issues in a user’s overall portfolio, such as inappropriate asset allocation or high fees. After diagnosing such issues, the tool can then provide recommendations to move such assets to an account within the robo platform, where the issues can be resolved. That could benefit users, though Butler noted that there’s still a question of whether regulators — in the US case, the Securities and Exchange Commission (SEC) — would deem such suggestions as advice.

Mobile functionality was another area ripe for exploration, she said, as 73% of the robo customers surveyed by Corporate Insight said providing a mobile app was either “very important” or “extremely important.” She noted that many providers embed functions into “what is essentially a mobile trading app,” which is ostensibly not good enough for users.

Delving deeper into survey respondents’ demographics, Butler said that most participants who assigned high importance to mobile app availability were millennials. The average age of the surveyed users was 42 years old, and many of them belonged to the segment known as HENRYs — High Earners, Not Rich Yet.

The survey also found that 76% of current users of hybrid offerings had previously used human-only advisors. Among that group, 68% said their current advisors, whose service is combined with robo-advice, were better.