Investors pull back from haven assets as downside risks fade 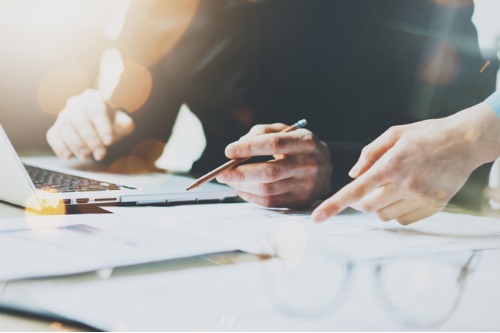 The appetite for caution that gripped investors earlier this year appears to be fading as haven assets pull back from record highs and long-held worries on trade and global growth get closer to resolution.

Precious-metal prices have retreated since September, with gold prices declining from a six-year high by some US$85 per troy ounce and silver prices dropping nearly 15%, reported the Wall Street Journal. The world’s largest gold-back ETF, the SPDR Gold Trust, has also seen a 7% reduction in the value of its AUM compared to highs reached in October.

“Other popular destinations for nervous investors have also seen their prices stall or decline in recent weeks,” the Journal said. That includes the US dollar and the Japanese yen, as well as the benchmark US 10-year Treasury note, for which yields went from near-record lows to close Friday at approximately 1.82%. Utility stocks have also slid to become one of the worst-performing sectors of the S&P 500 this quarter.

The fact that gold prices are still up by around 15% year-to-date, and that the yield on the 10-year note is still far from its January highs near 3%, suggests a still-cautious attitude among investors. But many of the concerns that inspired protective positioning throughout 2019 have been materially eased by developments over the past few weeks.

News that US President Donald Trump has agreed to a limited trade arrangement with Beijing pushed the US stock market to new highs, though that was followed by a more muted reaction a day later when the deal was announced. The S&P 500 has advanced more than 26% this year. Two consecutive months of better-than-expected employment data in the US also suggest a stimulating effect from the Federal Reserve’s rate-cutting course, which the central bank is expected to stay on as its policy statement issued Wednesday painted a positive view of the economy.

On the Chinese front, a four-month streak of growth in the private Caixin manufacturing purchasing managers index points to a stabilization in factory activity within China. An overwhelming win by Conservatives in last week’s UK elections have also raised expectations of a Brexit outcome that won’t be as chaotic or disruptive as previously feared, which translated into a surge across UK assets.

For some investors, their near-term optimism is tempered by doubts that the good news will persist into 2020. The Journal reported that the Cboe Skew index, which indicates how expensive bearish options on the S&P 500 are relative to bullish ones, reached its highest level last week.