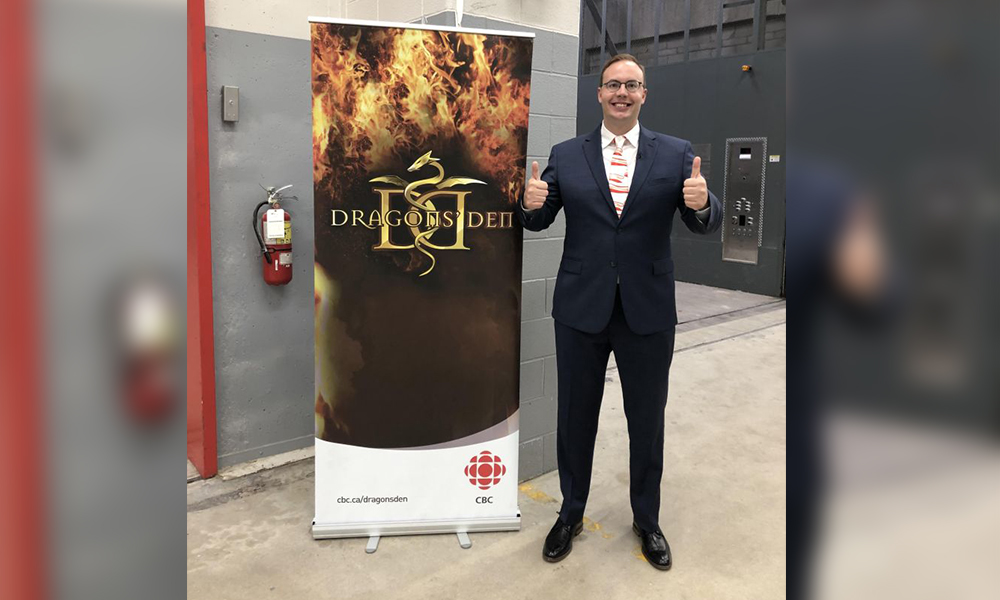 “But it’s done, I got the chance to walk on the set of Dragon's Den in the CBC studios in Toronto and battle it out with the dragons!”