Industry has not caught up on gender diversity 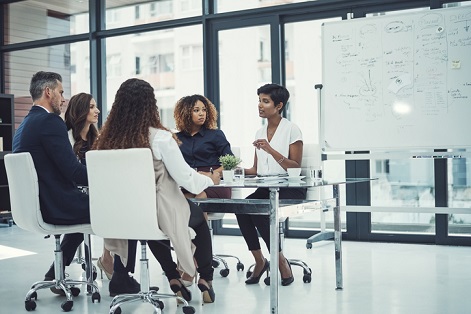 Inclusivity is non-negotiable but the wealth management industry hasn't caught up on gender diversity.

That’s the forthright opinion of Tea Nicola, CEO and co-founder of WealthBar, Canada’s first robo-advisor, which now has more than $350 million AUM.

Nicola is also keynote speaker at today’s Women in Wealth Management event in Vancouver, where she will expand on themes of equality and leading a proudly gender-balanced company.  A finalist in this year’s WP Woman Innovator of the Year, Nicola believes it’s vital to have initiatives aimed at women’s leadership in the wealth management space.

She told WP that a generation ago, women were left out of the conversation about their household’s future, which is why widows didn’t have a clue what to do when they inherited money.

“Today, of course, women are earning more money and are far more involved in managing the family investment portfolio. Not only that, but as we see $30 trillion dollars change hands from one generation to the coming decades, women stand to be among the biggest beneficiaries of these inheritances.

“But the industry hasn’t caught up. Today, most wealth professionals, a full 85% of advisors, are men. And that comes at a cost. One report out of the US found that the finance industry is missing out on a $700 billion opportunity by not sufficiently understanding and servicing women’s needs.”

Nicola said that to tackle this issue, companies must create an environment where women are empowered to lead and succeed. It’s common sense in many ways, she said, when it’s hard for a business to thrive over the long term with a homogenous team. It’s easier to understand your customers when your team reflects them.

She added: “We didn’t set out with a specific objective of building a gender-balanced team at WealthBar, but we’ve always had the mindset that inclusivity is non-negotiable. As a result, we’re able to attract the right people. And we’ve done it despite being at the cross-roads of two male-dominated industries: tech and financial services.

“For a long time in both of these industries, companies would argue that it’s impossible to build gender-balanced teams because of a ‘pipeline problem’. This is the idea that there are simply not enough qualified women candidates. But it’s a self-fulfilling prophecy.

Nicola told WP that investing in your people is paramount. This includes helping women visualize themselves in  leadership positions and establishing where they want their career to go. WealthBar, she added, offers a generous education budget and staff are encouraged to use it.

She also believes that  her firm embraces the concept of shared parenting, meaning that motherhood and maternity leave must be part of the conversation and support for the men in the company and supporting their paternity leave is paramount.

“Inclusivity takes commitment,” Nicola said. “There’s no silver bullet here. But I’m encouraged to see the industry start to tackle these challenges. Because that’s what it will take to innovate the financial services industry for the customers it serves.”