How are Canadians spending for the holidays? 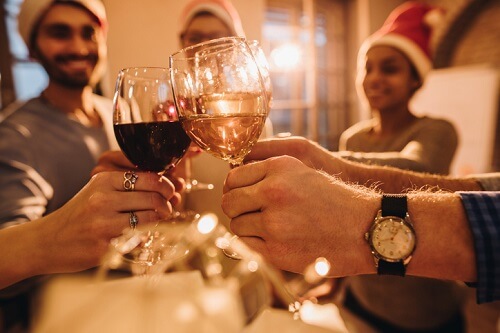 As the holiday season kicks off, the Chartered Professional Accountants of Canada (CPA Canada) has released a new report providing insight into Canadians’ financial priorities and plans.

In its Holiday Spending Survey 2019, which draws from a Nielsen survey of more than 2,000 Canadian adults, CPA Canada found that most have specific spending goals in mind. The average amount respondents planned to spend on gifts this season was $583, compared to $643 last year.

Respondents also want to contain their spending on other holiday activities. Just over three fifths (62%) said they plan to spend less than $200 on travel expenses; around the same number (61%) plan to spend under $200 on parties and other holiday entertainment.

When asked about their plans to help others, nearly three quarters (72%) said they intend to make charitable contributions. Just 21% said they don’t plan to make any holiday donations, while seven per cent were unsure.

Chances are, not every Canadian household will have just store-bought gifts under their Christmas trees. Nearly half (48%) of respondents said they planned to give different types of gifts, including homemade (26%) and second-hand gifts (13%), donations to charity (18%), or a promise to do something for someone (13%).

The poll also asked the majority who planned to buy presents where they will be getting them. Just under half of respondents (45%) expect to spend more in-store, and only 18% said they plan to do most of their shopping online. Those who plan to split their gift spending between in-store and online outlets made up 31% of the respondents.

Another survey conducted by RedFlagDeals.com drills deeper into Canadian consumers’ shopping habits. Of 2,000 Canadian consumers who responded, 94.28% said they plan to shop for Black Friday deals this year, compared to just 78.71%. Nearly 50% said they plan to spend between $100 and $300, and even more (59.8%) agreed that the best deals of the year come on Black Friday.

“It's reassuring to see that Canadians have seasonal spending goals in mind," says Doretta Thompson, CPA Canada's Financial Literacy Leader. "With more than half of Canadians living paycheque to paycheque, even small financial miscalculations can have significant consequences.”

While Canadians seemed to have many of their spending goals pinned down, it’s still unclear how they plan to achieve those goals. Among all those surveyed by CPA Canada, 42% did not set a budget for holiday spending.