Female Trailblazer winner 'came from nothing' 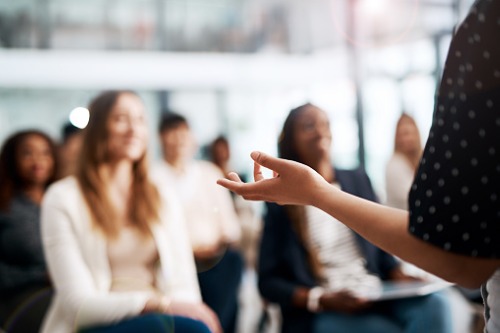 The stereotype of the wealth management industry is undeniably male and silver-haired but the winners from this year’s WP awards ceremony perhaps offer hope that the landscape is changing.

From a total of 15 individual awards, seven of those who triumphed were female, representing an increase from last year and more than doubling the number from the inaugural ceremony in 2016.

While last year saw the introduction of the Female Trailblazer of the Year, year on year there has still be an increase in female winners in the individual award: in 2016 there were three winners from 15 awards; in 2017 there were four from 12; and in 2018 there was five from 14.

Jackie Porter, of Carte Wealth Management, was overwhelmed after scooping the 2019 Mackenzie Investments Award for Female Trailblazer and described it as a “complete privilege”.

She said: “It a shock! I feel really honoured to be winning this award in a category with so many amazing women and I don’t take that lightly. I am really grateful and honoured.”

Porter added that she believed that the central reason why she got the nod from the panel of independent judges was her passion for female financial empowerment.

“That is my message; just because you start somewhere doesn’t mean that where you end up. Creating my seven-figure net worth is something women can be called to do if they want to - it is just embracing financial literacy.”

Emily Ben-Haim, of Gluskin Sheff, was recognised for her achievements and enormous potential by winning the First Trust Award for Young Gun of the Year. After collecting the award on stage in front of industry peers, she said it was a humbling moment in her fledgling career.

She said: “This industry means a lot to me. I love looking out for my clients; they feel like family to me and I care a lot about them, especially women and the next generation and making sure they are informed and empowered when looking after their wealth.