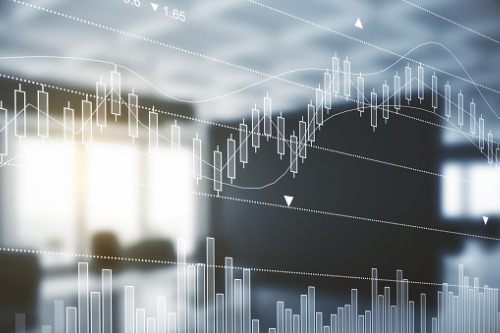 The US Federal Reserve is expected to follow up its initial July interest rate cut with “another tame” 25bps decrease today.

Eric Lascelles, chief economist at RBC Global Asset Management, does not believe a 50bps cut is justifiable given the combination of the latest inflation readings, recent trade rumblings and the surprise increase in the ISM Non-Manufacturing Index.

While the Fed will not be as dovish as the market wants, Lascelles expects the economic outlook, published alongside the decision, to be trimmed slightly in keeping with a parallel downward trend in the consensus outlook and the general slowing of economic growth. He added that Q3 GDP is only tracking 1.8% annualized at present.

“The dot plots will have to come down to reflect the fact that only a minority of Fed participants recommended rate cuts as of June, and yet rate cuts were delivered with just two dissents in July,” Lascelles said.

“The question becomes whether the majority of forecasters will alight upon just two cuts for 2019, or whether they will also price in a third cut for later in the year. We suspect they will.”

Also top of mind for Lascelles is the attack on the Saudi Arabia oil infrastructure. It prompted a spike of 15% in oil prices to US$69 for Brent and US$63 for WTI, which is the largest single day percentage increase since Iraq invaded Kuwait.

However, he warned investors not to get too carried away by price fluctuations that can be caused by relatively small supply-demand changes.

Saudi Arabia has lost more than 5 million barrels/day of production capacity, which represents more than 40% of the country’s production and around 5% of the global supply of oil.

He said: “If a 5% hit to the global oil supply sounds trivial, it is important to appreciate that the elasticity of supply and demand are both extremely low in the oil sector. In other words, it is hard to persuade people to use less oil on short notice, and it is equally hard to increase supply elsewhere without advance warning. As a result, large price movements can result from relatively small supply-demand imbalances.”

Lascelles added that in a world of elevated geopolitical risks in the Middle East, a larger-than-normal risk premium is arguably justified on the price of oil, even after Saudi production has been restored.

From an economic standpoint, higher oil prices are usually a negative for global economic growth but he admitted that not everybody agrees with that interpretation because the world in aggregate is neither an oil importer nor an oil exporter.

He said: “Oil producers such as OPEC nations naturally benefit from higher oil prices, and Canadian growth theoretically benefits by around 0.15% for every year that oil prices remain 15% higher than before.

“The U.S. economy is still a net energy importer and used to suffer badly when oil prices rose, but its nimble and expanding oil sector has now largely neutralized that effect. Of course, there are still sector-level implications, perhaps most importantly that consumers dislike rising prices at the pump. This is a particularly critical observation at a time when the consumer is acting as a key bulwark against recession risks.

“That said, for all of this feverish analysis, it is important to keep the matter in perspective. A 15% oil price increase is certainly a rare event for a single day, but oil markets regularly gyrate by more than that over the span of months and years. As an illustration, between December 2018 and April 2019, the price of oil rose by roughly 40% and the world didn’t end.”