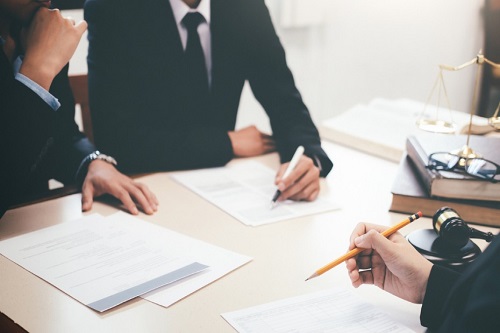 An ex-NHL pro is suing his financial advisors, accusing them of giving bad advice and selling him insurance policies that added up to more than his income from his hockey contract, according to a report from CBC News.

Jason Garrison, formerly of the Vancouver Canucks, hired Richard Jones from RJ Financial Group after signing a US$28 million contract in 2013. Jones’ Vancouver practice includes several pro athletes, according to the CBC. In his lawsuit, Garrison claims he had little experience with financial planning, didn’t want to take risks, and intended to live off his savings in the long term.

He alleges that rather than conservatively investing his money, Jones sold Garrison several large insurance policies and contracts, including three life insurance policies worth over $10 million each. The lawsuit says Jones and his company didn’t warn Garrison about the risks of his investments and didn’t make a financial plan to identify what kind of insurance he needed.

According to CBC, Jones is also accused of using Garrison’s signature without his permission and recommending investments that were in a conflict of interest.

"The dominant purpose for which the defendants sold the policies and the leverage loans to the plaintiff was to earn profit, premium, commission and other compensation without regard to what was suitable for the plaintiff or the plaintiff's best interests," the lawsuit said.

Jones told the CBC he was “shocked” by the lawsuit. “I took my relationship as an advisor to Jason very seriously,” Jones said in an email to the CBC. “His plans have performed very well over these past [eight] years or so. There were very specific and valuable reasons for Jason [to] have investments in these particular insurance products.”

Garrison is seeking unspecified damages, including reimbursement of interest and other fees paid on leverage loans.

His career with the Canucks lasted two seasons before being traded to the Tampa Bay Lightning in 2014. Garrison now plays pro hockey in Sweden.