Debt repayment a concern for over half of Canadians 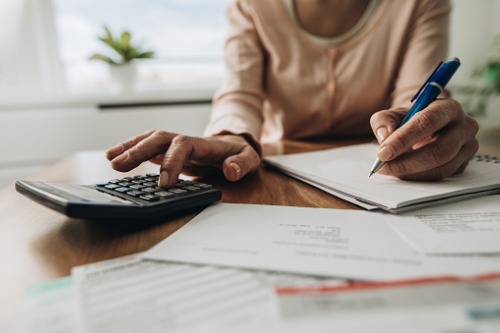 The Bank of Canada has indicated that it will keep interest rates stable until next year, but that appears to bring little comfort to 54% of Canadians who say they are more concerned than ever about their ability to repay their debts.

That’s according to the latest edition of the MNP Consumer Debt Index, which represents the 10th straight quarter of findings gathered by Ipsos.

The climate of concern on debt repayment comes amid indications of declining wiggle room in household budgets. After paying current bills and debt obligations, Canadian respondents said they have an average of $557 left over at the end of the month, $142 less than reported in June and the lowest since tracking began in February 2016.

Nearly half (48%) said they are left with less than $200, including 29% who say their current income is not sufficient to cover their bills and debt obligations from month to month.

“We’re seeing less and less wiggle room in household budgets. Many Canadians don’t have enough to cover all their expenses let alone put anything away for rainy day savings,” said MNP LTD President Grant Bazian. “[I]t is often unexpected expenses that force people to take on more debt they can’t afford and that begins a cycle of increasing servicing costs, and eventual default.”

According to the latest debt index findings, seven in ten Canadians lack confidence in their ability to cope with life-altering events such as divorce, unexpected auto repairs, loss of employment, or a death in the family without taking on more debt.

“Unexpected expenses can plague people regardless of age or income but they're most devastating for people who already have a large amount of debt,” Bazian said. As a matter of financial prudence, he recommends that households have three to six months’ worth of expenses saved for emergencies.

Despite reporting fewer dollars remaining in their accounts at month-end, Canadians expressed a generally more positive attitude toward their personal financial situations:

Still, a significant number of Canadians remain pessimistic when it comes to debt. That includes 47% who do not think they will be able to cover all their living and family expenses for the next 12 months without taking on more debt.

“It seems many have resigned themselves to owing money for life,” Bazian said. “Interest rates may remain stable for now but that is a cold comfort to those already having a difficult time making their debt payments at the current rate.”