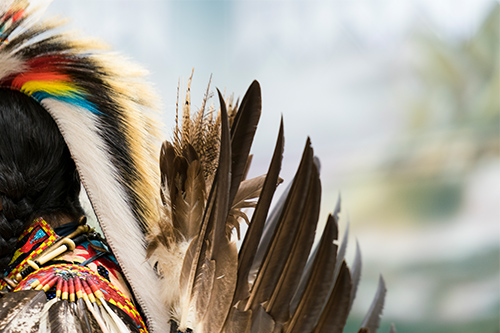 There’s an idea being floated out West, a means to restore a little hope to the bleak prospects for investors in Canada’s energy sector: Indigenous ownership of the Trans Mountain Pipeline Expansion (TMX).

At a panel discussion at the University of Toronto’s Munk School of Global Affairs and Public Policy, industry and First Nations leaders made the case for an Indigenous group to purchase a of 51% stake of TMX. They believe that Indigenous ownership would improve the economic situation for First Nations, reset the mainstream narrative of pipeline expansion, and reinvigorate lacklustre investment in Canadian oil and gas.

“Any situation where we get Trans Mountain is good for energy investment,” Brian Schmidt, President and CEO of Tamarack Valley Energy, said. “But investors can look at First Nations ownership as a risk-mitigating measure, one that shows all Canadians there’s nuance in the pipeline conversation.”

He spoke in support of former Thunderchild First Nation chief Delbert Wapass. Wapass is the founder and executive chair of Project Reconciliation, an Indigenous-led organization pushing to buy a majority stake in TMX. Wapass’ vision is to use revenues from the pipeline to establish a Sovereign Wealth Fund, available to every First Nation between Saskatchewan and BC.

Wapass thinks his efforts would dramatically improve the ESG scores of Canadian energy firms and change the Canadian conversation around oil and gas expansion. He thinks there’s been a false dichotomy created, one that pits the oil and gas industry against First Nations.

“Oil and gas is a means to an end,” Wapass said. “It’s time for us to stop managing poverty and start managing wealth.”

Wapass and Schmidt both highlighted that losses in the energy sector disproportionately affect Indigenous people. In the rural, northern communities where many Indigenous people live, extraction industries are the only economic lifeline. First Nations people are usually the first to be fired during any industry contraction, Schmidt claimed. He notes that Canadian institutional investors have moved about 71% of their money out of Canada’s oil and gas sector since the industry started lagging five years ago.

Schmidt believes that a reset in the oil narrative, and an expansion of pipeline capacity would turn that investment story around. An Indigenous owned TMX would make such a change, improving the picture, the capacity, and the ESG scores of Canadian oil and gas. Schmidt cited firms like Suncor that work closely with Indigenous communities and employ more Indigenous people and enjoy high ESG scores as a result.

“I don't want to really put equity into pipelines,” Schmidt told WP. “Shareholders are looking at me to put my equity into drilling. If I can pay a fee to somebody else for infrastructure and get equity in another way, it helps the entire business.”

Wapass sees his role as a champion for Indigenous communities, and a potential saviour of the Canadian energy sector.

“We’ve always been on the sidelines, wishing we could be participants in the economy,” Wapass said, “We’ve seen the economy brought to its knees, now First Nations are here to save the day.”