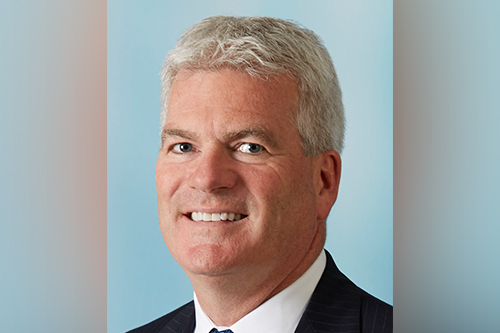 The Canadian economy is vulnerable and susceptible to structural challenges that could have lasting effects, according to a senior portfolio manager.

Ian Riach, SVP at Franklin Templeton Multi-Asset Solutions, said Canada is where the firm is deviating most from its long-term strategy. Concerns have resulted in a cautious view on the country’s economy and an underweight position on Canadian equities. It has a neutral position on Canadian bonds, however, recognising low yields but stressing the benefits of diversification.

On a macro level, he highlighted rising inventories and falling capital expenditure, blaming a lot of this on the downturn in the oil patch. Auto manufacturing and related industries have also been consolidating rather than bolstering, a trend Riach lamented “doesn’t bode well”.

“With capital expenditures down, the heavy lifting for growth has largely been borne by the Canadian consumer,” he told the audience at Franklin Templeton’s 2020 Global Investment Outlook conference at the Fairmont Royal York in Toronto.

“We're not sure how long that can be sustained. Much of the spending by our consumers has been fuelled by taking on increasing amounts of debt. According to Credit Canada, the average Canadian is more than $1.75 [in debt] for each dollar earned. This is at a record level and compares to just 90 cents back in 1990.” Since the financial crisis in 2008, Riach said US consumers have been de-leveraging while Canadians have been borrowing more.

“We think this is definitely a headwind for growth in Canada. This is one reason why we are favouring US equities over Canadian equities in North America right now.”

Riach delved into other headwinds he feels are hindering the domestic economy, and that are related to high consumer debt levels that could affect the banks and compound challenges in the resource sector. 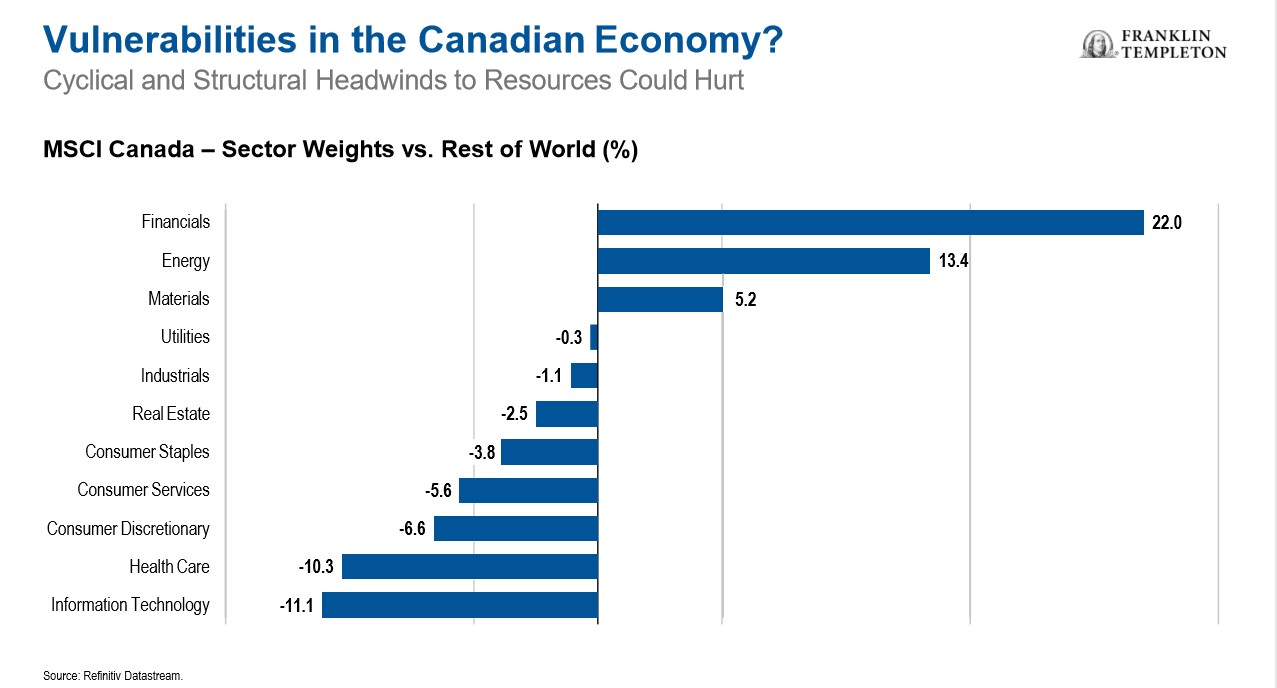 Along with the lagging energy industry, he also highlighted the forestry and mining sectors as areas affected by trade issues and the global slowdown. Crucially, FT MAS believes these are not just cyclical concerns but also structural. He added: “We’re outgrowing our strategic mix for Canada, but we’ve also been lowering that strategic mix to really reduce home country bias.”

Domestic corporate fundamentals are weakening, Riach added, questioning how “open for business” Canada really was and outlining hurdles that could impact foreign investment. Top of the list was inefficient bureaucracy, followed by tax rates and insufficient capacity to innovate.

Nevertheless, he swerved a blanket doom-and-gloom outlook with a positive word for valuations.

He said: “In Canada, they are actually fairly attractive, both relative to the US and compared to the long-term averages. Lower valuations can portend higher future rates of return. In fact, if we look at equity risk premiums in Canada, which take into account valuation, interest rates and growth rates, they are higher than in the US and higher with longer-term averages.

“However, valuation is a very poor timing tool and markets can stay undervalued for long periods of time. So, despite valuations being very attractive, we think Canadian equities are vulnerable to further disappointment given some of the data, so we prefer to be underweight at this stage until we can be more confident on the growth front.”

The firm’s multi-asset team does have a slightly overweight position on fixed income, and a slightly neutral-to-positive stance on government bonds, both Federal and provincial. Much of this thinking is linked to the Bank of Canada and its decision to buck the trend of other central banks and leave rates relatively high compared to other regions.

Riach explained: “This gives the bank some ammunition to lower rates to stimulate the economy. And as we have seen in the US with the accommodative monetary policy of the Fed, it’s led to asset price inflation, if not economic inflation. It’s been good for both stocks and bonds. The old adage of 'don't fight the Fed' is alive and well and probably can be translated here in Canada to 'don't fight the Bank of Canada!'”

He added that rates could drop across the whole curve, meaning the risk-reward for longer-dated bonds is attractive. At current levels, a 25 basis points drop in the 10-year bond yield will translate to a total return of about 3.5%.

“We think the Bank of Canada is going to follow [the Fed] and likely lower rates. This feeds into our view that the loonie will get weaker as the differential rates between Canada and the US narrow.

“Our cautious stance on corporate credit is largely driven by current spread levels. Spreads have declined considerably since the beginning of this year and are below the 12-year average and hovering around the 30-year average. Many of the issues that face equities will also affect corporate bonds and, at the current levels, we think the corporate issues are vulnerable to disappointment, just like equities.”