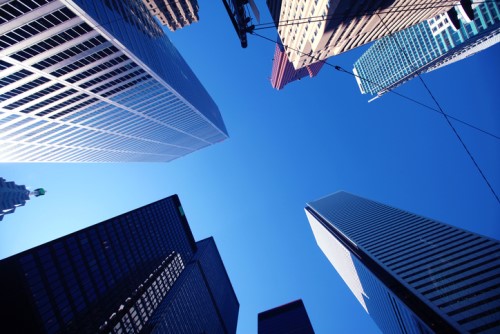 Bank of Montreal is gunning for the U.S. investment-bank business that’s being surrendered by European firms like Deutsche Bank AG and Societe Generale SA.

The Canadian lender expects to reach its goal of being a “Top 10” North American investment bank “dramatically” ahead of its five-year deadline, Dan Barclay, chief executive officer and group head of BMO Capital Markets, said in an interview at the firm’s Toronto headquarters.

“The Europeans are still re-establishing what is their desire and aspirations in the U.S. and most of those are smaller, so that share is available,” Barclay said. “That’s one of the big drivers for us for actually gaining the share in the U.S.”

Executives at Canada’s fourth-largest lender by assets set the goal last October. The five-year targets include efficiency gains, U.S. revenue growth of about 10% a year and doubling U.S. market share. The push comes as banks across Europe are cutting costs, with Deutsche Bank and Societe Generale trimming operations abroad amid restructurings.

Barclay said the U.S. offers the best chance to “scale up,” presenting “broad-based opportunities” in areas including investment banking and trading.

BMO Capital Markets earned about 44% of its C$3.56 billion in revenue in the first nine months of the year from the U.S., where it focuses on mid-market clients from key offices in New York, Chicago, Houston and San Francisco. It’s shooting for 45% to 50%.

BMO Capital Markets is the only one of six major Canadian bank-owned investment banking platforms to post higher revenue this year, with a 10% gain in the first three fiscal quarters fueled by trading and investment-banking fees. Like its Canadian peers, overall net income in capital markets has declined, though Bank of Montreal’s 4.8% profit slide is less than all others except larger rival Royal Bank of Canada.

“Things are working: our revenue growth is stronger than everybody else’s,” said Barclay, a former mergers-and-acquisitions banker who became group head on November 1. “We’re achieving the outcomes we want, and in my mind I have high confidence that we’re going to hit those targets.”