Can Canadian equities outperform the US in 2020? 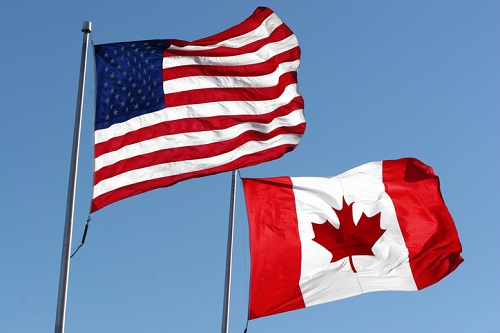 Markets face a struggle to beat 2019’s impressive results but there are shards of light that suggest both Canadian equities and fixed income will outpace many developed markets in the year ahead.

That’s the view of Kurt Reiman, BlackRock’s chief investment strategist for Canada, who in his 2020 outlook said that an expected improvement in the cyclical outlook supports a moderately pro-risk stance.

He added that, in contrast to scepticism in recent years, there is potential for Canadian stocks to outperform US next year given the country’s ample fiscal and monetary policy space and “a willingness among policymakers to use it”.

He added: “We would also note that the dividend yield of the S&P/TSX Composite Index is nearly twice the level of the 10-year Canadian government bond yield, which further enhances the allure of equities.”

Reiman broke down his thoughts for next year into three themes. The first, Growth Edges Up, outlines a modest pick-up in global growth, which should provide a decent tailwind for the Canadian economy after a year of steady slowdown.

The fact the BlackRock Growth GPS for Canada rose during the second half of 2019 even as growth weakened elsewhere indicates, for Reiman, that consensus estimates for the country may be “too dour”.

He added: “A cheap currency boosted exports at a time when geopolitical uncertainty weighed on business investment and indebted households showed some signs of fatigue. We think Canadian growth can remain steady next year, especially if industrial production and manufacturing have reached a bottom and trend higher.”

BlackRock’s second theme, Policy Pause, calls for economic fundamentals to drive global markets, rather than monetary surprises or fiscal stimulus. Reiman believes this broadly applies to Canada, which can also bask in the knowledge it has greater monetary and fiscal policy flexibility than other developed markets in the unlikely event the economy hits a rough patch.

He explained: “The Bank of Canada (BoC) now boasts the highest policy rate in the developed world and never resorted to balance-sheet expansion. This gives the BoC much more ammunition to respond to soft economic readings at a time when global financial conditions have already eased.

“Moreover, the newly formed Liberal minority government may tinker with new spending initiatives on priorities it shares with the New Democratic Party, after most political parties shelved balanced budgets for the foreseeable future. “

The final theme is Rethinking Resilience and concerns bonds, which Reiman said had a banner year in 2019. However, BlackRock has debated how much ballast fixed income securities now provide with yields having fallen back to near cycle lows.

While Japan and Europe offer little, Canadian government bonds still provide some protection against declines in risk assets. Reiman believes they offer comparatively compelling yields across the curve, like those in the U.S., and an even rarer triple-A credit rating. “That said, an improved cyclical outlook would tend to bias yields higher and weigh on government bond performance at a time when an inverted Canadian yield curve already makes longer maturity bonds less attractive.”

BlackRock has raised its emerging markets and Japanese equities allocations thanks to higher operational gearing to improving growth next year as well as less demanding valuations. It funded these moves by downgrading the U.S. to neutral and Europe to an underweight.

Reiman added: “We also retain our preference for the quality style factor, for its exposure to healthier balance sheets and stronger return on equity. Even though growth appears to be bottoming, there is a certain comfort that comes from tilting towards financially stronger companies during the latter stages of the business cycle.”