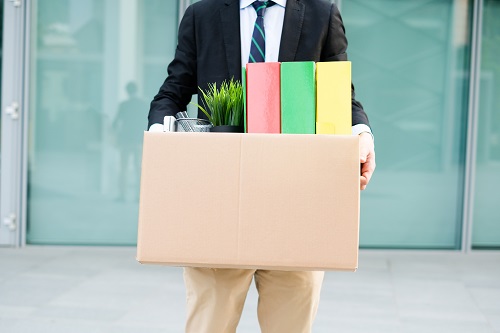 BlackRock has fired its global head of active equities for failing to disclose a consensual relationship with a colleague.

Canadian Mark Wiseman had served as chief executive of the Canada Pension Plan Investment Board before joining the firm in 2016. His relationship violated the company’s relationships at work policy. His wife, Marcia Moffat, is BlackRock’s Canada country head.

Wiseman had previously been considered one of the leading contenders to succeed Larry Fink as BlackRock CEO.  “I regret my mistake and I accept responsibility,” Wiseman said in a memo, according to BlackRock.

Wiseman is the second senior figure at BlackRock to leave in less than a year due to company policy violations. The company’s former head of HR, Jeff Smith, left in July after failing to adhere to a company policy.

“This is not who BlackRock is,” Fink and BlackRock president Rob Kapito wrote in a memo following Wiseman’s firing. “This is not our culture. We expect every employee to uphold the highest standards of behaviour. This is especially critical for our senior leaders.”

The memo added that the issue with Wiseman had no impact on any portfolios or client activities. The active equities business that Wiseman oversaw had about $290 billion in assets at the end of June.

Wiseman was also chair of BlackRock Alternative Investors, which had been a major focus for BlackRock, which manages a total of roughly $7 trillion, as it looks to branch beyond indexed products like exchange-traded funds.

He joined Canada Pension Plan in 2005 after leading the private equity division at Ontario Teachers’ Pension Plan and was named Canada Pension’s CEO in 2012. His tenure at Canada’s biggest pension saw it open offices and pursue investments abroad, particularly in South America and Asia.